The team at St Kilda Films is led by Mark Poole and Lisa French. 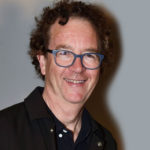 Mark has been a writer, director and producer on numerous projects in both film and television. He has written and/or directed many hours of broadcast drama including the telefeature A Single Life, which won an AFI Award and screened on the BBC as well as the ABC. He has a PhD in creativity in screenwriting from La Trobe University.

Mark has worked at ABC TV as producer, director, series producer and writer. He has produced and directed loads of documentaries and short films, including Fearless about playwright Julia Britton that screened on the ABC. 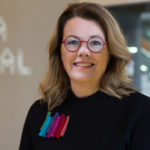 Lisa French  works for St Kilda Films as a producer, director and writer. Lisa is Professor and Dean of Media and Communication at RMIT University.

Lisa writes extensively about women in film and television and gender matters, and is on the Gender Matters taskforce at Screen Australia.

Mark and Lisa produced an iPad version of their history of the Australian Film Institute, Shining a Light: 50 Years of the AFI, available on iTunes.